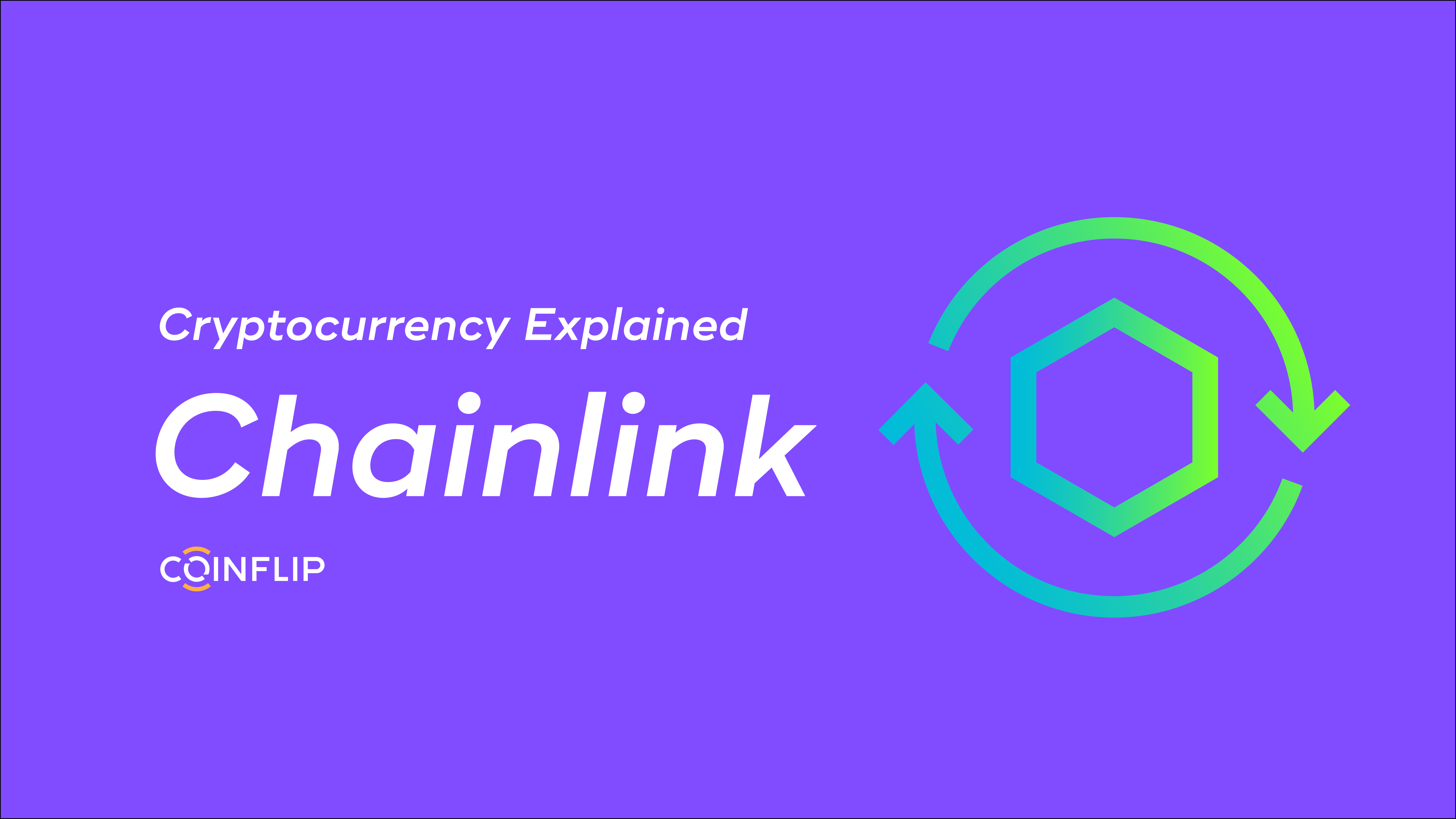 Anyone that keeps a keen eye on crypto markets has probably noticed Chainlink sitting comfortably in the top ten cryptocurrencies by market capitalization. But what is Chainlink, and what makes it so popular? For starters, Chainlink is unlike other cryptocurrency because it is a platform that seeks to advance blockchain technology using its unique communication protocols.

One of the biggest challenges the blockchain sector faces has not just been recording transactions, but figuring out how to communicate information to and from the blockchain. Chainlink solves this problem with a decentralized network of oracles ("chainlinks'') that provide real-world data to smart contracts on the blockchain. Chainlink's digital asset token, LINK, is used to pay for services on the network by creating smart contracts that can interact with real world events and information that exists off-blockchain.

To understand how Chainlink works and its benefits, you must understand the concept behind smart contracts and oracles.

What is a smart contract?

Smart contracts are agreements on the blockchain that evaluate information and act when certain conditions are met. Because smart contracts live on the blockchain, they are immutable or cannot be changed. They are verifiable in that everyone can see them. This transparency guarantees a high level of trust among all parties. The smart-contract accurately reflects the agreement's statement parameters and will execute as long as those parameters are met.

Some smart contracts require data that does not live on the blockchain, like when Bitcoin reaches a certain price, when an account receives a deposit, if there is a flood/earthquake then pay out on an insurance policy, etc... It can be challenging to integrate real-world information to the blockchain so that smart contracts can understand. This is where oracles come into play. They help put off-chain data on-chain.

What is an oracle?

An oracle is a blockchain software that acts as an intermediary, translating off-chain (or real-world) data to smart contracts on the blockchain and back again. In other words, oracles provide reliable, tamper-proof inputs and outputs for complex smart contracts. Oracles can be set up to monitor almost anything. Some oracles monitor weather, sports results, account balances, stocks' value, and so much more.

However, existing oracles are centralized, meaning they could potentially be faulty or compromised. This risk detracts from the benefits of the decentralization of smart-contracts on the blockchain.

Chainlink solved this problem by introducing their decentralized network of computers that provide data and information from off-blockchain sources like the real world to on-blockchain smart contracts via oracles.

How does Chainlink work?

After being translated, the request is then sent to an external application programming interface (API) that collects the requested data. When the data has been collected, it is translated back to the blockchain language using Chainlink Core. It is then sent back to the Chainlink Aggregating Contract. In this part of the process, the Chainlink Aggregating Contract can validate data from a single source and multiple sources. It can reconcile data from numerous sources.

So, suppose five oracles deliver one answer from a weather sensor, and two oracles provide different information. In that case, the Chainlink Aggregating Contract will know those two with the other responses are wrong and remove their answers. If an oracle fails to provide accurate data, the system automatically replaces it with a higher ranking alternative.

Through this process, Chainlink provides a way to reliably and efficiently provide accurate data to smart contracts.

Those creating Requesting Contracts use Chainlink's token LINK to pay Chainlink oracles for their work. The oracles set prices based on demand for the data they can provide and the current market for that data.

Chainlink oracle operators also use LINK to stake in the network. Staking means they deposit LINK to Chainlink to show their commitment to the network and encourage good service. However, it is essential to note that staking in Chainlink is different from other cryptocurrencies that use staking processes. By its nature, there is more work involved for the oracle node operator than simply placing tokens into a wallet. To stake in Chainlink, you must run a node on the network, which requires technical knowledge and specialized hardware.

One of the components considered by the Chainlink Reputation Contract is the size of the oracle node's stake. Oracles that have deposited more LINK are more likely to be chosen to fulfill requests and earn additional LINK for their services. The Chainlink network also punishes defective oracles for poor service by taking LINK from their stake pool through the staking process.

Chainlink first entered the market under the name SmartContract.com. After its launch by founders Sergey Nazarov and Steve Ellis in 2017, the name was changed to Chainlink to represent its role in the market better.

In 2017, Chainlink hosted one of the most extensive Initial Coin Offerings in history. In total, they were able to crowdfund $32 million in one to launch the project. The price of LINK during the ICO was $0.11. Today, one LINK is worth $12.79 and is currently the 6th largest cryptocurrency by market capitalization - proving that Chainlink is also a worthy investment choice.

Are you interested in buying LINK? You can quickly and safely purchase LINK by using a CoinFlip ATM. Find your closest location!