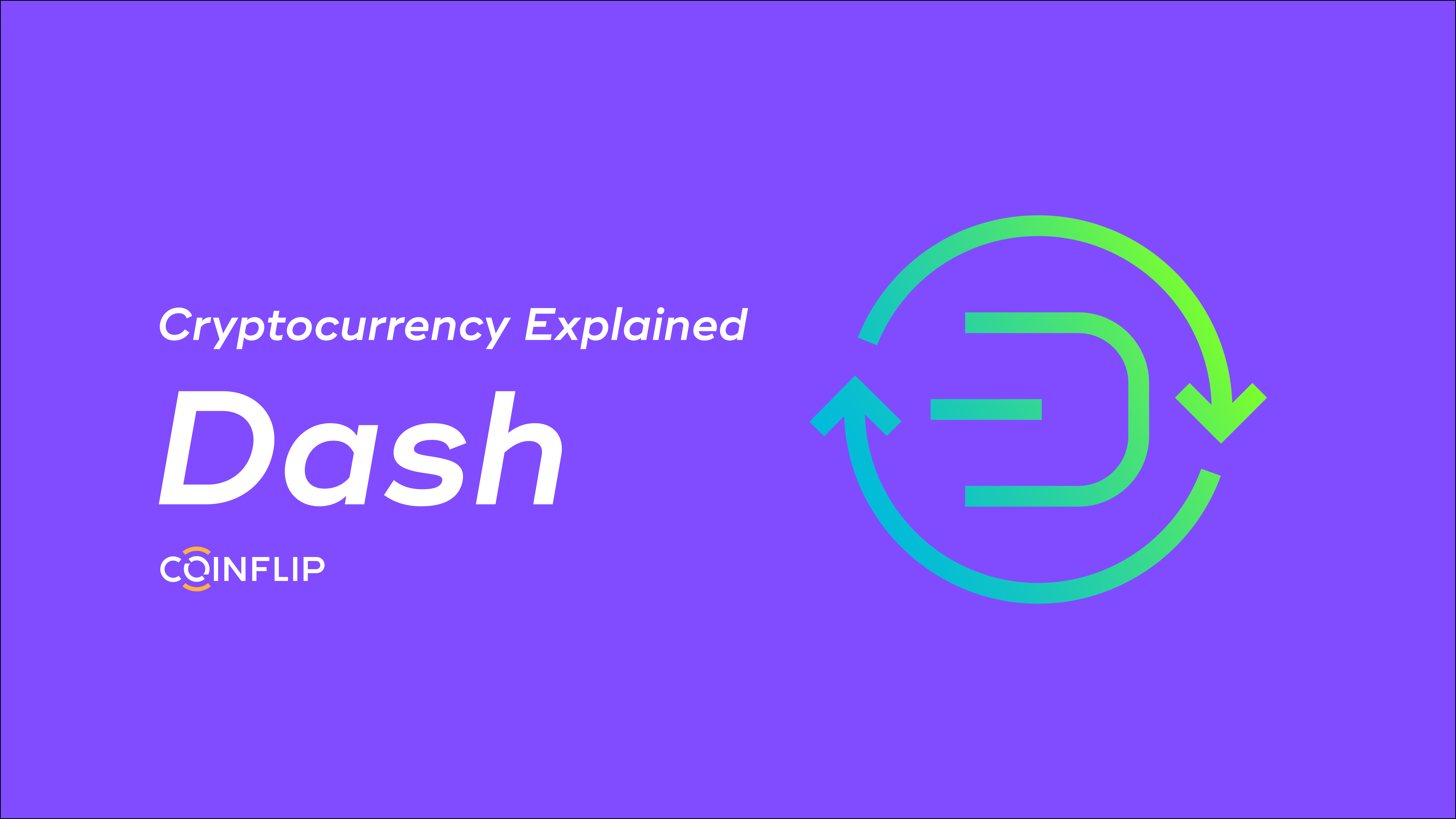 Anyone looking to buy cryptocurrency should have a good understanding of what it is. With CoinFlip's *Cryptocurrency Explained* series, we break down the inner workings of blockchain technology, the different coins available, and more.

Cryptocurrency allows people to opt-out of the traditional financial system where all the power lies in governments' hands. Most people don’t know it, but central banks actually build in a certain amount of inflation to their currencies to provide a stimulus for the overall economy. Unfortunately, this means that over time your investments and financial accounts can lose value. Investing in cryptocurrencies can be a way to avoid this negative impact. The invention of Bitcoin was a movement by the people for the people. Bitcoin is decentralized, meaning that no single authority controls it, but rather a global and distributed computer network.

When an entity now known as Satoshi Nakomoto designed Bitcoin and therefore paved the way for other cryptocurrencies, he knew that people in developing countries needed protection from corrupt governments. When corrupt or incompetent bureaucrats in failed states need funding to run the government, their central banks and treasuries print more currency. This kind of behavior leads to hyperinflation. Hyperinflation refers to when currency depreciation happens so rapidly and out of control that inflation exceeds 50% per month or 100% over three years.

Venezuela is a country that is particularly ravaged by hyperinflation. According to Bloomberg's cafe con leche index, the country's annual inflation has reached an alarming rate of 7,122%. In these dark times, many Venezuelans have turned to cryptocurrencies as a safe store of value.

But there is good news! Among the most popular cryptocurrencies in Venezuela is Dash. Dash is a peer-to-peer digital cash system that allows for near-instantaneous payments to anyone in the world. Dash was created in 2014 by Evan Duffield to become a more scalable Bitcoin. Dash was initially called Xcoin, then Darkcoin, before landing on its third and current name.

Like Bitcoin and many other cryptocurrencies, Dash is based on a decentralized ledger of all transactions using blockchain technology secured through a method known as Proof of Work. Proof of Work is a consensus (more than one of us has to agree this is a valid transaction in order to approve it) mechanism where miners use electricity and specialized computers that solve mathematical problems to add a new block to the blockchain. Cryptographically, Dash uses a hash algorithm called X11 that gives miners 11 separate hashing problems to solve.

What makes Dash different from Bitcoin is that it splits its rewards into three categories: 45% goes to miners, 45% goes to masternodes (these are computers that additional services in the network and have a significant investment in Dash tokens), and 10% goes towards its decentralized governance budget.

Dash creators recognized that if Dash only economically incentivized the miners the network could stagnate and it would fail to grow and scale its capabilities. To address this problem, Dash added a second tier to its network. In addition to the traditional Proof of Work rewards for mining Dash, the network also rewards users for running and maintaining special services called masternodes. Anyone with 1,000 Dash coins (DASH) can become a masternode owner.

This 1000 DASH collateral makes masternodes financially incentivized to work in the best interest of the dash network. There are also shared masternode services that allow those with less than 1,000 DASH to pool resources with others to run masternode together. Masternodes allow for Dash to offer innovative features in a trustless and decentralized way.

You can think of masternodes as board members of the Dash Decentralized Autonomous Organization (DAO). Many consider Dash to be one of the first and longest-running DAOs.

That DAO uses its 10% mining reward to improve dash networks in various ways. Anyone can submit an improvement proposal by signing a message on the blockchain and paying a DASH fee—masternodes vote on which recommendations to implement through the blockchain. The DAO treasury funds Dash's marketing, advertising, legal and scholarly research, business development, and integration activities.

Why invest in Dash?

Dash is also cheaper than Bitcoin. Average Dash transaction fees are less than one cent, while the average transaction fee with Bitcoin is currently about $5. Dash also allows total privacy in transactions with its PrivateSend feature.

In its development, Dash has aggressively targeted users in Latin America, where monetary instability and government corruption runs rampant. Recently, Dash announced its partnership with the Mexican cryptocurrency exchange Tauros.io to offer the first crypto debit card in Latin America. Dash is particularly popular in Venezuela - where 2,500 merchants accept DASH.

Dash is also working on some significant updates to its network to include Dash Platform. The deployment of Dash Platform will make it the first peer-to-peer cryptocurrency that functions as a cloud service. Dash Platform has four components:

Are you interested in investing in Dash? You can purchase Dash by using a CoinFlip ATM. Find your closest location!