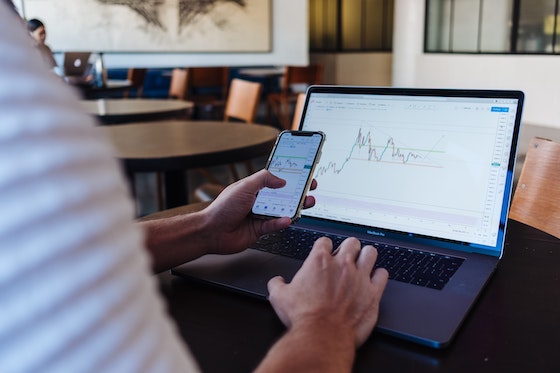 Early in 2018, Daniel Polotsky, along with Benjamin Weiss, came back to Northwestern University, where Polotsky studied Russian and economics and founded what would become CoinFlip. These days, CoinFlip provides cryptocurrency ATMs all over the United States. In his return visit to Northwestern, Polotsky sought to provide some clarity into the subject of cryptocurrency and blockchain, two related subjects that are often misunderstood.

The Basics of Blockchain

Bitcoin, or any one of the several cryptocurrencies that CoinFlip ATMs support, all rely on blockchain to make everything work. So to understand cryptocurrency, you have to first understand blockchain, which is not always easy. Essentially, blockchain is a new way to transfer data from one computer to another. Think of it like the traditional internet with a major twist.

That major twist is that, instead of relying on a central server, the blockchain relies on a decentralized network of computers that verify each and every new transfer of data. This way of transferring data provides the foundation for cryptocurrencies by enabling each cryptocurrency to create a protocol.

Bringing Cryptocurrency into the Picture

For example, Bitcoin has a protocol that says there is a maximum number of Bitcoins that will ever exist. By setting a limit, the cryptocurrency itself becomes scarce and therefore valuable. As a result, computers called “miners” are incentivized to earn Bitcoins by mining for it. These computers mine by confirming transactions and adding them to the blockchain. This is especially important so that when you go to say, a CoinFlip ATM, and sell your cryptocurrency, you can’t sell that same cryptocurrency twice because the transaction has been verified and added to the blockchain.

Visualizing the Benefits of Cryptocurrency

One of the main things that inspired the founding of CoinFlip, as Polotsky explained, was that not everyone in the world enjoys the same convenient access to banks like we do in the United States. In other places in the world, sending and receiving money is a cumbersome and expensive process that’s vulnerable to fraud. Blockchain and cryptocurrency can help solve that problem because it doesn’t require a trustworthy central authority, like CitiBank or Well Fargo, to verify transactions.

Instead, a user can simply walk up to a CoinFlip ATM and send a cryptocurrency of their choice anywhere in the world in a secure and safe way.

Currently, the amount of computing power needed to make blockchain work is one of the major obstacles to a more mainstream adoption of cryptocurrency. However, if the last few decades are any indication, computing power is always getting stronger, cheaper, and more reliable. So it may not be long before cryptocurrency and blockchain start having an even bigger impact.