The Pros and Cons of Bitcoin ATMs 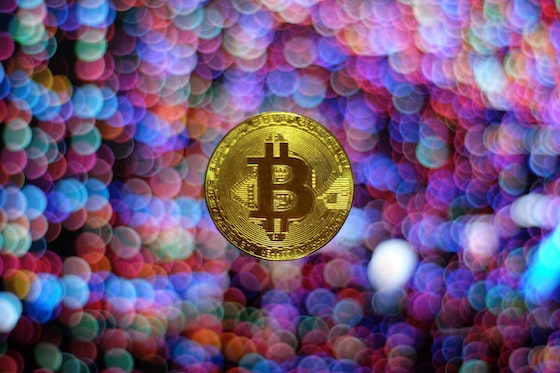 Bitcoin ATMs are still a novelty and poses their own positives and negatives. Let's take a look at the pros and cons of bitcoin ATMs.

Whether you are a curious onlooker or an avid cryptocurrency collector, chances are that you have thought about the process of cashing out bitcoins. The numerous cryptocurrencies available on the market have their allure. Bitcoin ATMs and their respective service providers have begun to operate globally. You are no longer bound by blockchain trade in order to cash your crypto out in some form. However, bitcoin ATMs are still a novelty and poses their own positives and negatives. We’re here to take a look at the pros and cons of bitcoin ATMs and whether or not the idea of exchanging crypto for cash has any longevity behind it.

We are all accustomed to using ATMs in one form or another. Bitcoin ATMs are no different than traditional cash deposits you find across the globe. It’s true that many crypto owners don’t have bank accounts or their associated cards so the notion of using ATMs never crossed their minds.

Bitcoin ATMs offer a chance to amend that and use your hard-earned crypto in cash form. However, their use is even more streamlined and networked. Bitcoin ATMs offer cryptocurrency exchange rates at very affordable price ranges. Moreover, they are very easy to use even if you never came in contact with an ATM before.

Even if you don’t have a bitcoin-related card to use with the ATM, you can still get your money out and use it as you please. The reason for this is simple – QR codes can be called up via smartphone applications (courtesy of bitcoin ATM provider).

These QR codes can then be used to identify you, call up your crypto status and offer you the available cash out options. This process usually takes a minute or less to complete, which is about the same amount of time it would take to use a regular ATM. The difference here however, is that you will likely be the first in line to cash out since bitcoins are still rarely used among the general population.

While it may not be a huge positive to some, others will enjoy using a new form of currency for their everyday expenses. Imagine telling your friends or family that you actively, successfully and legally use cryptocurrency for day-to-day expenditure. The crypto ATM industry is poised to grow ten-fold in the next several years, solidifying this form of currency exchange on the market.

New technology always requires a select few to pioneer it and prove the world that it is a viable innovation. Cryptocurrency ATMs save time and provide users with a compact and intuitive way to cash out their digital earnings. All it really takes is for you to take a leap of faith and discover how groundbreaking it is to rely on crypto instead of traditional banks and their ATMs.

Since the technology is still fairly new (in an offline sense), bitcoin ATMs are still few and far in-between. Latest estimates put bitcoin ATMs in the 3,000 mark on the global level. Coupled with the amount of cities, airports, stations, and hotels around the globe, the number isn’t as high as one might think. This can pose a problem for people who live outside of range of any bitcoin ATMs (as of this moment).

However, the technology is ever-expanding and if the crypto development scene can be believed, the number of ATMs will only continue to grow over time. For now, users will have to find ways to reach their cash-out spots in one form or another until their local area receives an ATM of its own.

Even though bitcoin ATMs operate outside the regular banking jurisdiction, they still borrow a lot from its system. Transaction fees are a constant worry no matter what bitcoin cash-out operator you choose to run with. Current estimates show that bitcoin ATMs charge around 8% per transaction on average. The “average” should be highlighted however, since some companies charge up to 30% per transaction. The average BUY fee however is 9.01% worldwide and over 10% in the US, and the average SELL fee is 7.59% and over 8% in the US. This means that there is maneuvering space to consider in terms of trading and cashing out your cryptocurrency which is a great option to have on the table.

Given how much the technology still has to go until it reaches the average consumer, this number is concerning. Companies and bitcoin ATM providers work around the clock to expand their reach and lower the transaction fees with each addition to their plethora of services. While the charge rate might not be ideal (right now), the notion of being able to cash out bitcoins at all should be enough to compensate for that shortcoming.

Bitcoin ATMs are no different than other ATMs when it comes to mechanical functionality. Just like any piece of technology today, ATMs face software malfunctions, cash depletion, or some other form of error. In these cases, users can and should refer to their crypto company of choice as soon as possible. However, that may not bring them results quickly enough to warrant the use of that bitcoin ATM anytime soon.

The reason for this is fairly obvious – bitcoin ATMs are still in their infancy. The infrastructure set by bitcoin cash-out providers is still not developed sufficiently. It may take weeks for someone to show up and fix an ATM if it’s broken or to recharge the cash in its repository.

Be that as it may, the breakdown rates of bitcoin ATMs are the same as any other ATM out there. If you’ve been using local bank ATMs previously, you’ve experienced their longevity and reliability firsthand. This means that even if it is a possibility, the chance of bitcoin ATM going offline while you use it is marginal at best.

Choosing to invest into bitcoin this late in the game can be difficult. However, the growing options in regards to the public usability of cryptocurrencies might help you tip towards investing. If you already have a repository of crypto to your name, you should give bitcoin ATMs a shot and see if you are satisfied with what they offer. Holding your crypto in hand, in cash form will surely convince you of the viability of bitcoin ATMs in the long run.